How Does Such Crap Get Published? 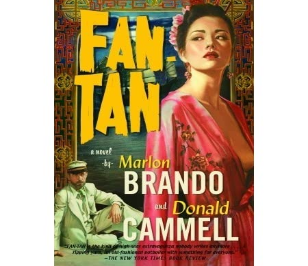 A question that comes up time and time again in workshops and with editorial clients, and it's always difficult to answer. Ultimately, the publication of bad novels, i.e., novels in any given genre deemed poorly written by any reasonable reader of that genre, is certainly not the fault of the reader, but of those involved in the actual publication process, from agent to publisher. How can it not be? Can one blame the gods or the stars in this matter?
After working with scores of agents, I've met a few who really don't have a clue what makes for a good story. Ok, so let's just assume that only 20% of active literary agents currently pushing projects in the marketplace are a bit short on taste and knowledge. Well, what of it? That's still a lot of projects being pushed in the face of editors at major houses.
Fan Tan, The Magicians,
and The Emperor's Children, three of the worst novels ever written.

What if the novel has been written by a name author and the reader knows he or she will lose their job if they raise a red flag and point out, for starters, those three glaring grammatical errors on the first two pages?

If you get a chance, read the one and two star reviews written by real readers, not sock puppets of the publisher. It's a real eye opener. And there are many more, many more novels on the shelves not quite as bad those ancient ones above, but horrible enough that someone, somewhere, should have said something. But they did not, and yet, they were all, all represented by literary agents who are supposed to be the gatekeepers for the industry. Badly designed autos sometimes make it to the dealer floor, and heads roll, but bad novels rise to public attention far more often. Do heads roll?
Perhaps the managers and successful agents at major agencies should keep a closer eye on employees who are doing a questionable job. Perhaps they should methodically use an independent reader critique group made up of experienced and unbiased readers, answerable only to top management and forbidden to interact with agency staff. Perhaps a few simple changes at the source will help winnow out some of the worst loser novels, even by name authors, before they make their way to the shelves, so to speak. So what is the alternative? Biz as usual?
Let's be realistic. How many times can you falsely praise a bad novel before buyers as a whole become fatigued and wary?