CREATING YOUR HOOK WITH CORE WOUND AND CONFLICT 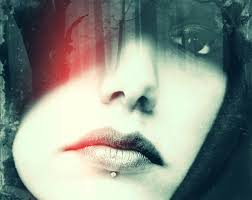 Your hook line is your first chance to get a New York or Hollywood professional interested in your book. It can be used in your query letter to hook the agent into reading the rest of the letter and requesting the project. It is especially useful for those pitch sessions at conferences, lunches, in the elevator, or anywhere else. When a prospective agent or editor asks you what your book is about, your hook line is your answer. Writing one also encourages a realization of those primary elements that will make your novel into a work of powerful fiction.
Elements of a Hook
PRIMARY CONFLICT - COMING OF THE "AGON"
Conflict, tension, complication, drama--pretty much basically related and going a long way to keeping the reader's eyes and thoughts fixated on your story. These days, serving up a big manuscript of quiet is a sure path to post-slush damnation. You need tension on the page, and the best way to accomplish this is to create conflict and complication in the plot, and narrative as well.Consider "conflict" divided into three parts, all of which you should ideally have present in the novel. First, the primary conflict which drives through the core of the work from beginning to end and which zeniths with an important climax (falling action and denouement to follow). Next, secondary conflicts or complications which can take various social forms (anything from a vigorous love subplot to family issues to turmoil with fellow characters). Finally, those inner conflicts the major characters must endure and resolve--which may or may not be directly related to the main plot line (but at least an important one should be).But now, onto the first one, PRIMARY CONFLICT, and it's relation to writing hook lines.Conflict was first described in ancient Greek literature as the agon, or central contest in tragedy. According to Aristotle, in order to ensure interest, the hero must have a single conflict. The agon, or act of conflict, involves the protagonist and the antagonist, corresponding to hero and villain. The outcome of their contest cannot be known in advance, and according to later critics such as Plutarch, the hero's struggle should be ennobling. Is that always true these days? Not always, but let's move on. Classic drama creates conflict with real stakes. It cannot help but do so. You see it everywhere, to one degree or another, from classic contemporary westerns like THE SAVAGE BREED to a time-tested novel as literary as THE GREAT GATSBY (which would fall apart if Tom Buchanan were not a cretin). And the core of conflict can be expressed in a hook line. For example, let us consider hook lines from the following novels.
Note that the lines are divided into two basic parts--the CORE WOUND and the resulting dramatic complication that denotes and drives conflict.

The Hand of Fatima
A young Moor torn between Islam and Christianity, scorned and tormented by both, struggles to bridge the two faiths by seeking common ground in the very nature of God.

* The protagonist is scorned and tormented, thus the core wound, and as a result he seeks to fulfill an almost impossible task.

Summer's Sisters
After sharing a magical summer with a friend, a young woman must confront her friend's betrayal of her with the man she loved.

* The protagonist is betrayed by her friend and thus her core wound, and as a result she must take steps to reach a closure wherein conflict will surely result.

The Bartimaeus Trilogy
As an apprentice mage seeks revenge on an elder magician who humiliated him, he unleashes a powerful Djinni who joins the mage to confront a danger that threatens their entire world.

* Humiliated into a core wound by an elder magician, the story line erupts into a conflict with the entire world at stake.

Note that it is fairly easy to ascertain the stakes in each case above: a young woman's love and friendship, the entire world, and harmony between opposed religions. If you cannot make the stakes clear, the odds are you don't have any. Beware!_________________